Pokemon is awesome and multiplication facts stink, right?  That’s pretty much what Baloo thinks, but he’s 9…

Well, unless you’ve been living under a rock, you’ve heard of Pokemon Go.  We immediately jumped on and joined the game and we are having a blast.  Now, you guys know me, I will take advantage of any opportunity to engage learning.  It works, it’s effective, and we have twice as much fun.  So it should only seem natural that I have made a Pokemon multiplication game.  Because exploiting their interests nearly always works. 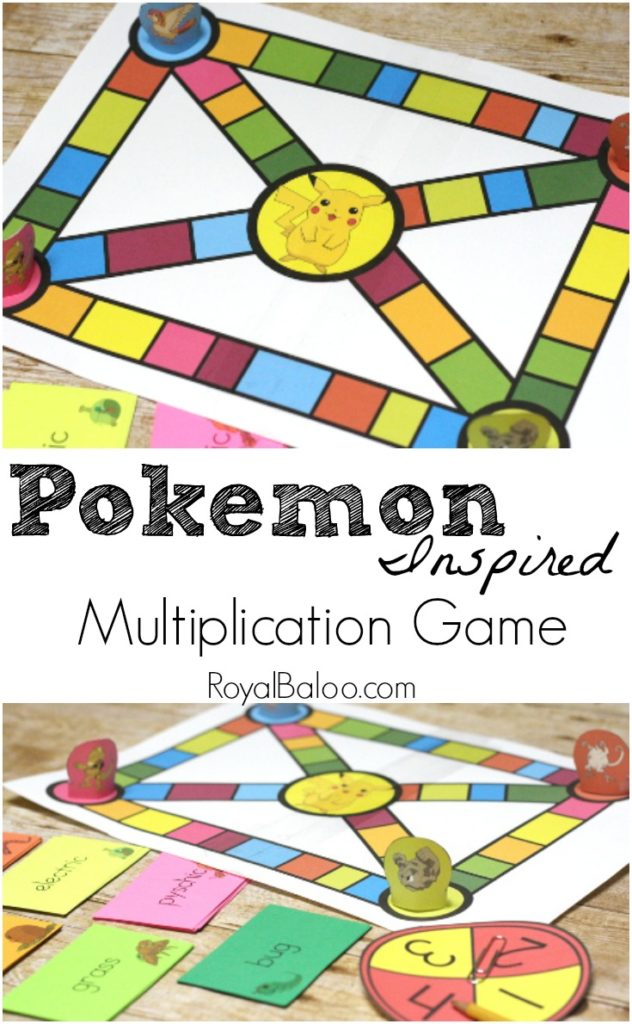 I’m actually really excited about this game.  It’s a bit more in depth than other games I’ve done.  Let’s hope I can explain the premise.  There can be four players at a time.  Each player has to collect one card from each pokemon element pile (cards are color coded).  When they’ve collected all the cards, they can move up the path to the middle, where Pikachu is located.  Then they “battle” Pikachu to win.  Each Pokemon element has a different set of facts.  As follows:

Of course, since everyone prints this individually, it’s up to you if you want to change it around.  My plan was to have them practice more facts.

How to play:  There is a spinner, but dice are fine too.  Players can move around the board in any direction they choose (except through the middle, unless they’ve obtained one of each card type).  First person spins or rolls and move that number of spaces.  When they land, they receive a card from the same color as the space they landed upon.  If they answer correctly, they keep the card.  Otherwise, the card is returned to the pile.

The next player repeats, and so on.

When a player has obtained all of the cards needed, they can steer themselves to the nearest path to the middle.  When they get to Pikachu they must answer three problems correctly (can be taken from any card pile).  The first person to beat Pikachu is the winner.

Okay once again, with pictures.

The basic game board.  Each of the four pieces starts on his or her element color.  This isn’t incredibly meaningful but it makes placing them easier.  The game is mostly played around the outer edge. 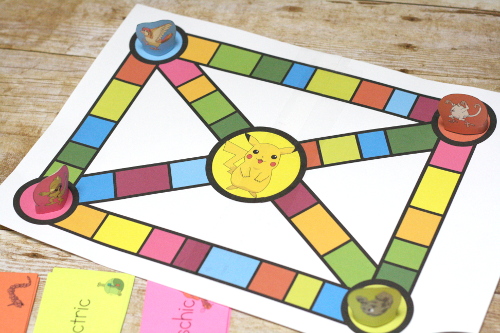 These are the cards.  They’re meant to be printed on both sides.  I used colored cardstock to save some ink (okay a LOT of ink).  I just printed off one set so Baloo and I could play.  If more people were playing, I would print off a second set.  (An addition set is soon to come, the younger ones are begging for it) 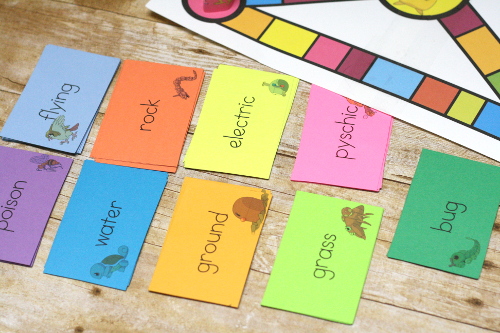 You have to admit, these little pieces are kind of adorable. 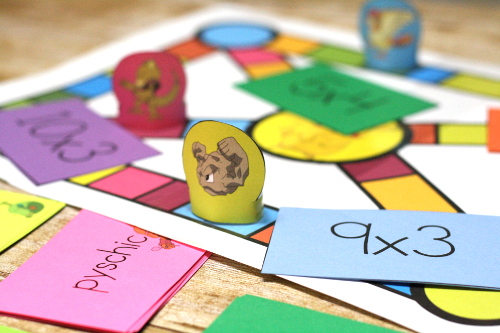 Home made spinner.  I didn’t use the arrow as it didn’t spin freely.  A paperclip and pencil is much easier. 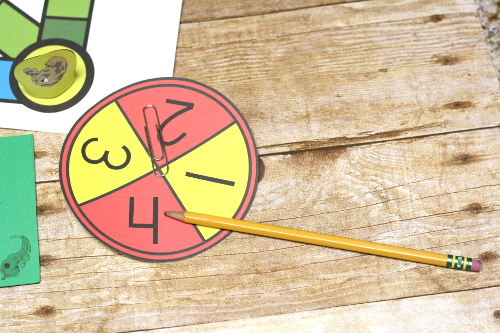 All set up and ready to go!! 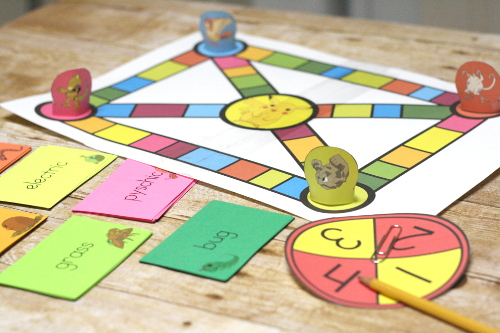