We’ve all heard that music education is beneficial and important. All we’ve also all heard that music education is lacking in many schools. Admittedly, it didn’t make the top of my list either. I know music is important. I grew up a “musical” child, in that I played piano and loved music. As a new mom I had said that my kids would be made to pick a spot and an instrument to learn and that was that.  Well that isn’t that, and I never went that route.  But we have expressed an importance of the arts.  We’ve introduced them to multiple genres of music (pop, rap, classical, jazz, and The Beatles). 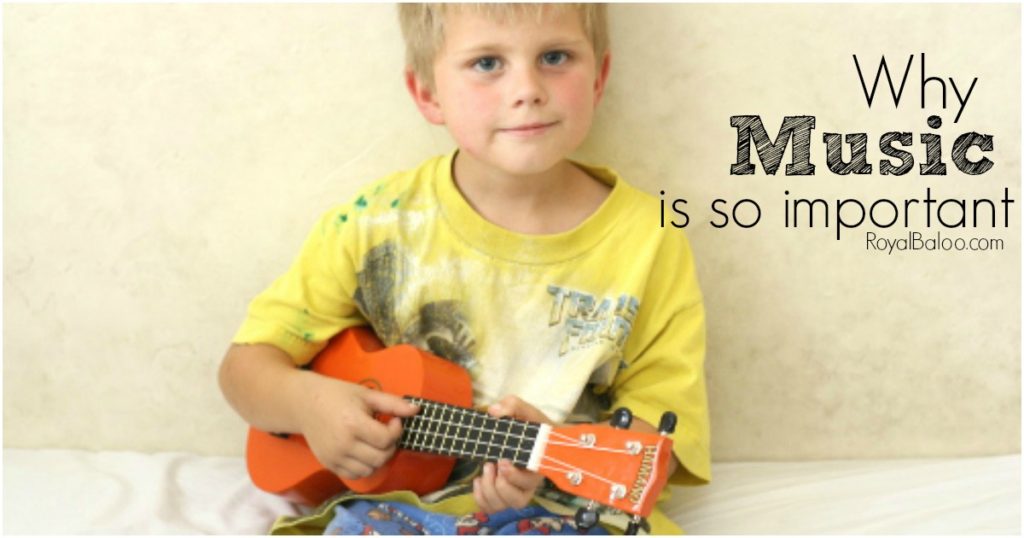 So why is music education so important?
Let me list the ways:

Coordination/Dexterity:  Kids who learn to play a musical instrument tend to have better hand-eye coordination and dexterity than other children.

Educational Advancements:  There are too many to list.  Music education has been shown to improve so many areas in education.  Memorizing skills, pattern recognition, math and science concepts, creativity, perseverance, test scores, etc.

Plus it’s just cool to know an instrument!  There is a confidence boost to have a talent like that, even if you choose to not share it with other people!

I didn’t start playing piano until I was 9 but I was always a music lover.  While I think starting even earlier would have been better, it’s never too late.  My mom started at 40 and still saw so many benefits.

So How Do You Get Your Child Interested in an Instrument?

Some kids are naturally drawn to instruments and others not so much.  I simply left instruments around (safely) to pique interest.  And then I played them.  I started playing guitar earlier this year which got them pretty excited about guitar!  Then they saw their favorite band with a Ukulele and wanted to check that out.  So we started to look into Ukulele and found it’s a great starter instrument for kids.  Not that it’s easy, but it’s definitely easier than guitar.  For one thing, it has 4 strings instead of 6 or 12.  It’s also smaller than a guitar which is better for little hands.

Even though the boys (particularly Logi-Bear (5) and Royal (7)) were interested in playing, I didn’t want to spring for a teacher before letting them know what they were getting into.  There are tons of programs online and many for kids.

The first one we’ve tried is by Raising Da Vinci and we’ve really enjoyed it.  It’s a combination of a PDF book and videos to watch.  The PDF gives great background information and activities while the videos show technique and teach the songs.

The program is easy enough that Logi-Bear (5) has had no trouble with it, but he is the most motivated to learn out of all the boys.  His little fingers and hands can still fit on the Uke and he can understand what is going on.  To say he is thrilled would be an understatement.  He’s actually be able to pick up a few chords and understands strumming.  I can’t wait to get him reading music. 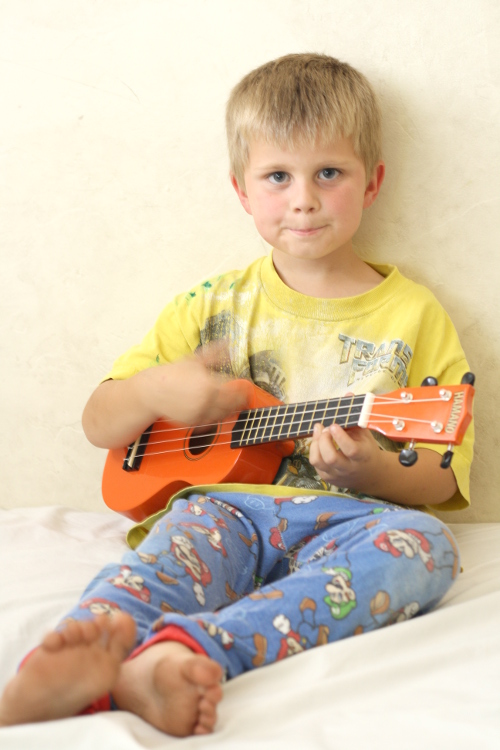 Interestingly, after I got Royal and Logi-Bear into the videos, Baloo suddenly was interested.  While the course works great for the younger two, it is perfect for Baloo at 10.  He works mostly independently (which is great because he’s a bit shy about music).  His goal is to play guitar or piano, so this is a great introduction to music education for him.  He will be playing songs quickly, learning about chords and how to read music, and just enjoying playing an instrument!

Raising Da Vinvi has a lot of great information of music education, how it effects us, and more.  Don’t miss these few articles!

And of course, don’t miss her great Ukulele Course! 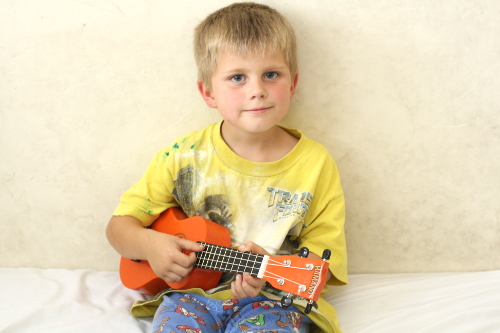 Incidentally, before we knew if Logi-Bear was a boy or girl, I joked that if we had three boys we could have our own boy band.  I guess you never know! 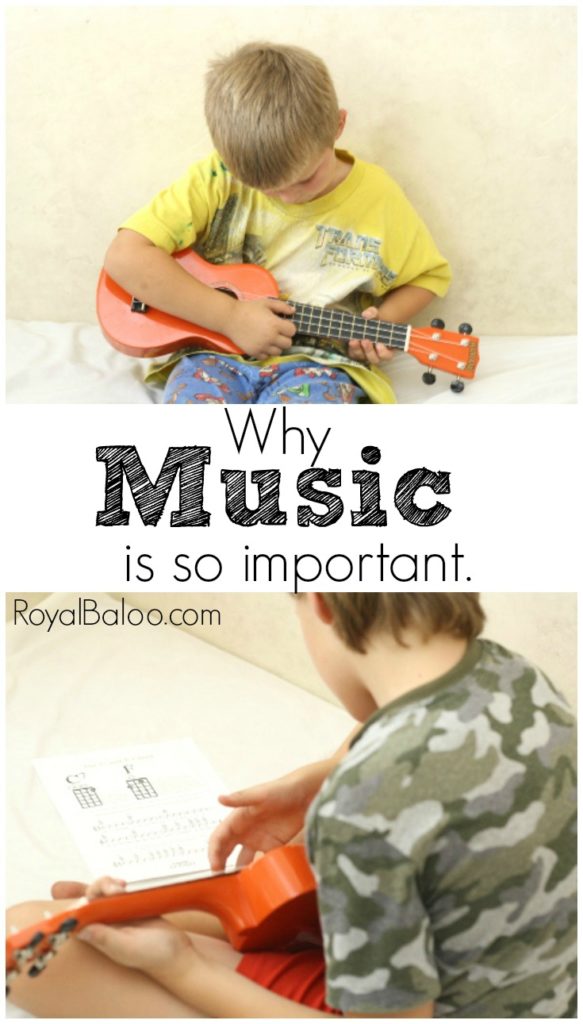 1 thought on “Why Music Education is So Important”