In preparation for D week, Royal and I picked out some related books about dragons, dinosaurs, ducks, etc.  One book we found was Not Your Typical Dragon.  This book is adorable!!  It’s about a poor little dragon who cannot breath fire.  Instead out comes whipped cream, band-aids, marshmallows, teddy bears, and more.

Once I heard whipped cream and marshmallows I need we had to do something with them!  I thought together they would make some great sensory fun, but I wanted to represent the other things that the dragon breathed as well. 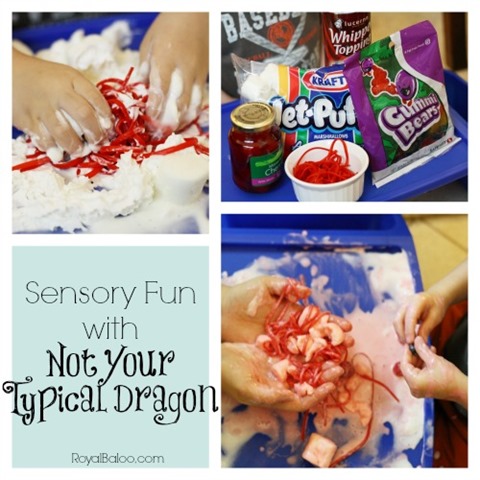 We used gummy bears for the teddy bears, maraschino cherries for the beach balls, and red spaghetti for the streamers (for the record, I realized halfway through the activity that twizzlers would have been perfect.  Live and learn!) 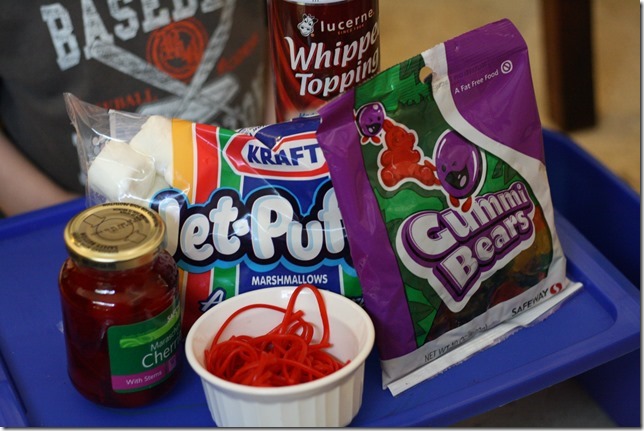 I read through the book and as I got to eat material we had, I spread it on our desk.  First was whipped cream.

We paused to draw some letters, numbers, shapes, etc. 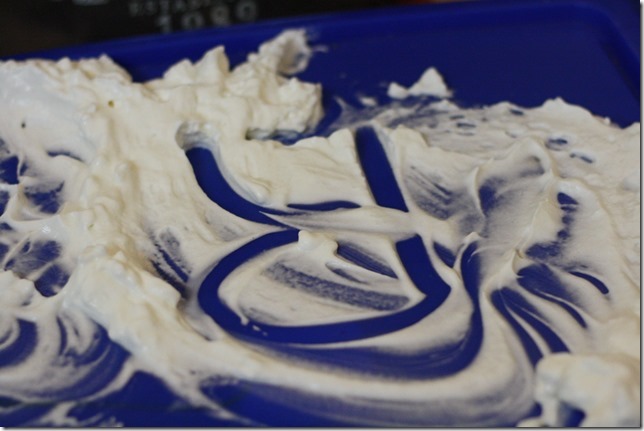 Then we added the marshmallows.  I think this is when Royal realized how tasty the whipped cream was.

Next followed the spaghetti… 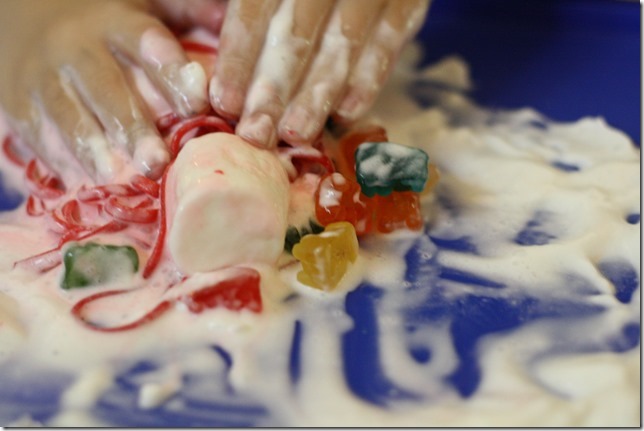 And cherries.  I had to add some more whipped cream a few times because it was melting, but we still had fun. 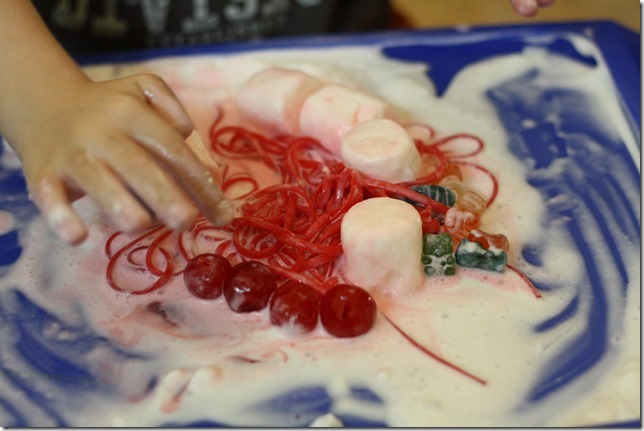 I joined in after we got everything down (and my sweet husband walked home from work to this…and was still willing to take a picture for me!).  We spent time squishing the marshmallows, bears, and cherries.  We felt how slimy the spaghetti was.  And we just dug in and got dirty. 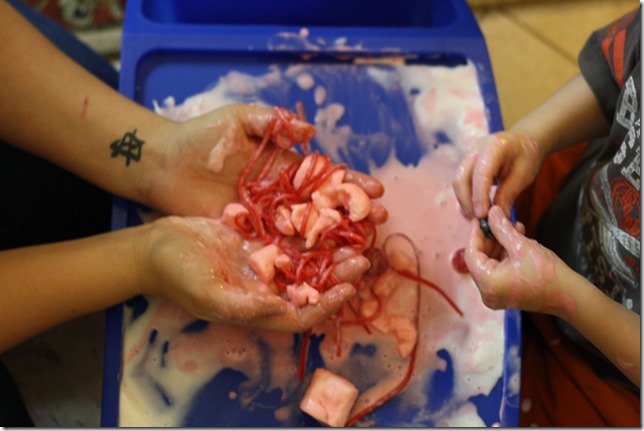 We were able to use the spaghetti to make some letters too!

We had some great dragon sensory fun and loved the book!