Handwriting isn’t really a big focus for us in homeschooling but I do want my kids to be able to write legibly.  I have horrible handwriting and always have.  In fact, my first bad grade was handwriting in 3rd grade.  I cried…a lot.  Some people have good handwriting and some people don’t.  So my goal is really just that they can write.  All that to say, it’s time for Logi-Bear to start working on his handwriting.  I know I’ve said it before – he loves dinosaurs.  He spells T-rex better than his own name.  So why not dinosaur handwriting books? 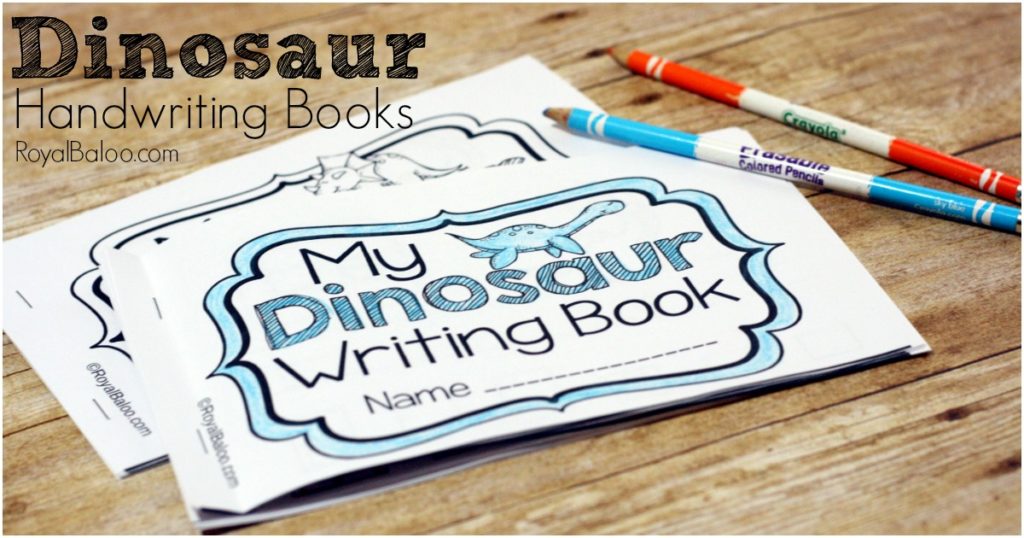 Dinosaur printables galore!  Well, in the next week or so.  Don’t miss the rest of the great printables for the 31 Days of Printables in October! 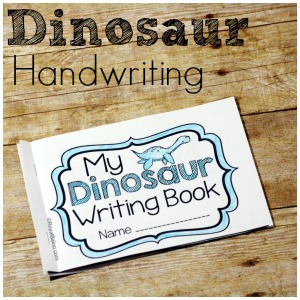 Since I made these with Logi-Bear (5) in mind, I made two separate booklets.  The first is all the letters that have straight lines (in uppercase, at least).  I figure these letters are easier to make.  The second booklet is full of the letters with curves.  Of course, you are free to compile your book how you see fit!  Make a book with just the letters of your kiddo’s names, if you’d like! 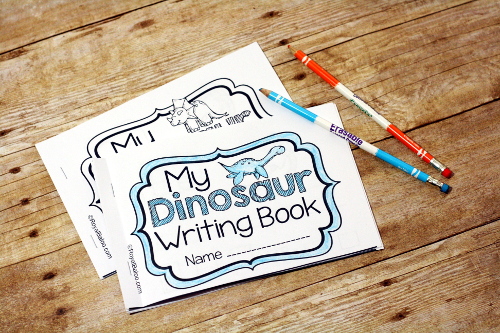 My other motivation is making two booklets instead of one was that my stapled doesn’t handle that many pages well.  Splitting the alphabet into two means I can staple them together easier.  And I also think it’s less intimidating for the kids that way. 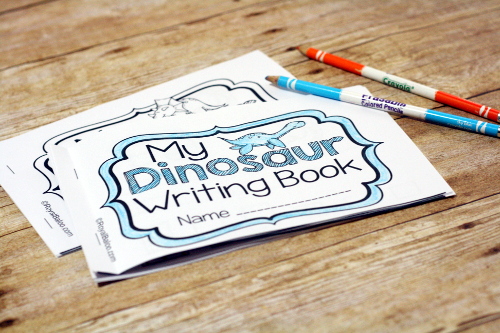 The pages are simple.  One row of writing the letters on a line and one row of writing letters in boxes according to shape and size.  I love the box letters and use them quite often.  I want the boys to learn both ways. 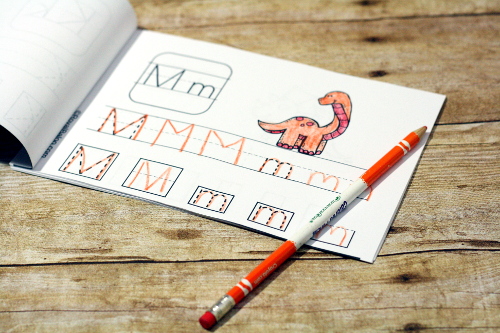 There is plenty of room to make multiple upper and lowercase letters.  There’s also a dinosaur on each page to keep the dinosaur excitement up! 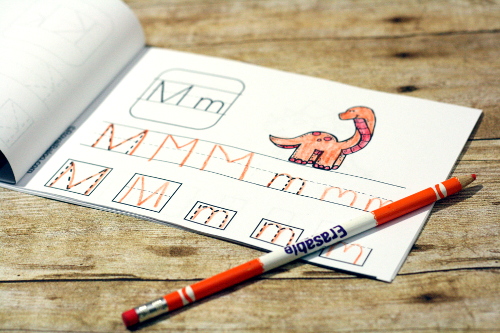 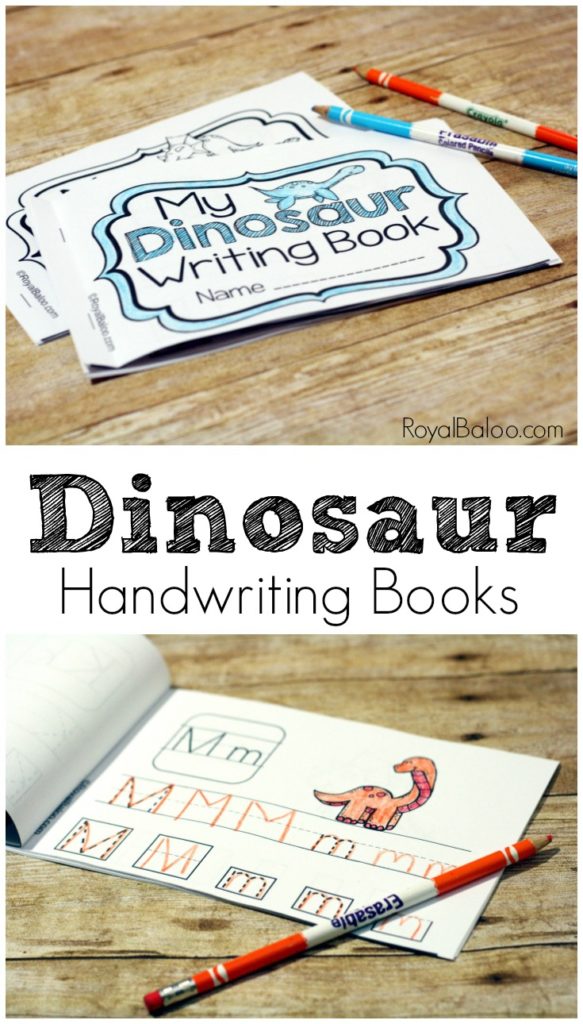