I recently had the opportunity to “meet” Cassie at 3 Dinosaurs and we decided to work together on a few new projects; the first of them being dinosaur themed packs!!  Cassie took over the Tot Pack and PreK/K pack, and I added on some more Dinosaur Kindergarten activities!

The boys love dinosaurs and always have.  It’s one of the few topics that I can almost always depend upon the gather their interest!  They don’t care to know all the names and facts so much but they do enjoy understand little tidbits.  They especially love that birds are the closest modern relative to dinosaurs.  In fact, books like Chick-A-Saurus Rex are big hits around here!

So when the time came to work on a dinosaur themed pack, I knew I was in!  Three boys who love dinosaurs?  I’ll use this pack for years and years.

We actually met a paleontologist recently and he hosted an entire discussion on how little kids know more about dinosaurs that pretty much anyone else, paleontologists aside.  It’s one subject area where kids routinely outsmart their parents.  And indeed, in the crowd there were little tiny kids saying these complicated 5 syllable names and asking in depth questions like “What is the difference between a Mosasaurus and Megalodon? 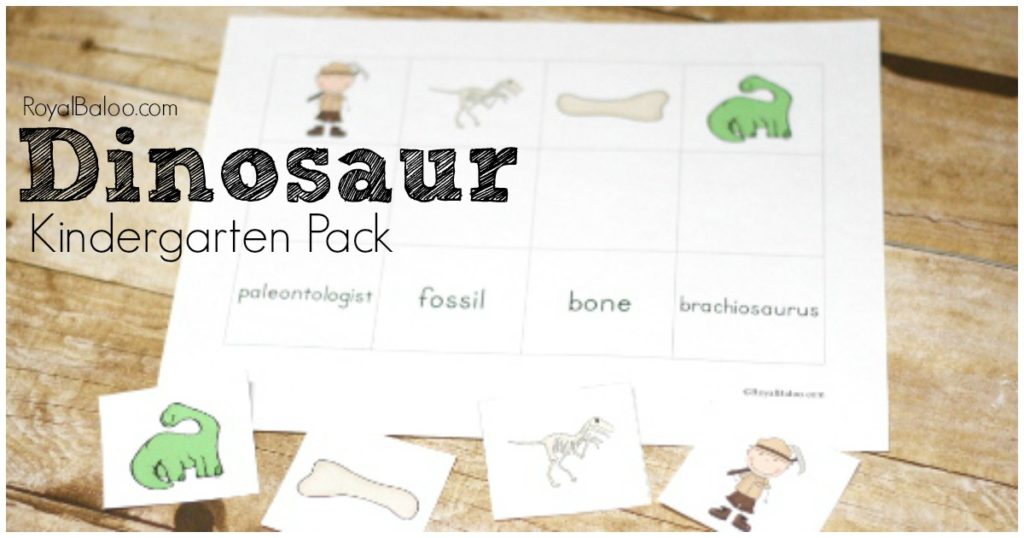 In the Dinosaur Kindergarten pack there is: 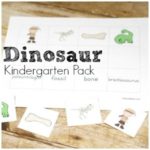 Plus a Dinosaur, Dinosaur, What Do You See? easy reader available in both eReader and printable versions! 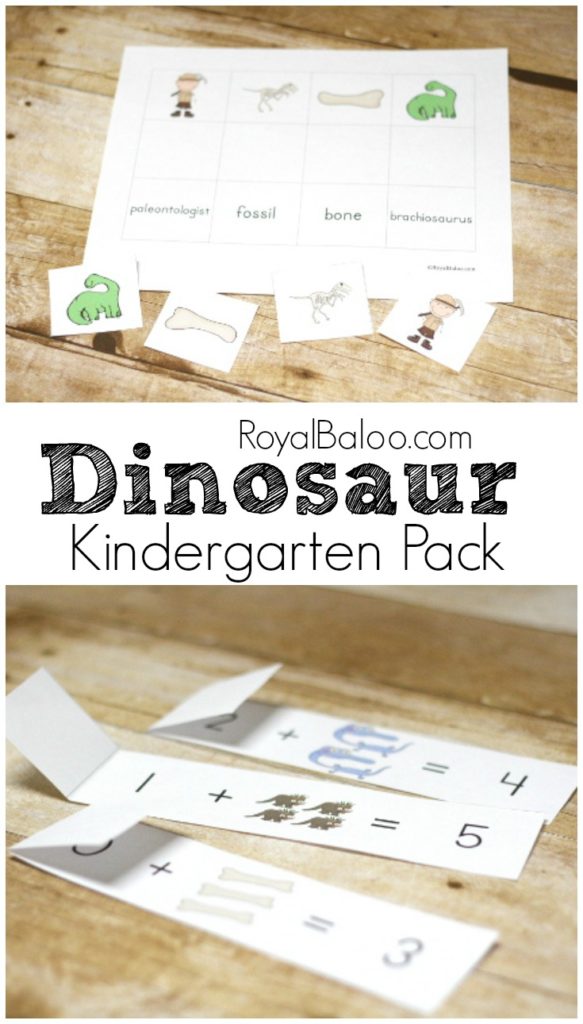 10 thoughts on “Exciting Dinosaur Kindergarten Pack for Math and Reading”