When we made the Dinosaur kindergarten pack with Cassie at 3 Dinosaurs I knew I wanted to do something with fossils.  I suddenly remembered the salt dough creations from Tired, Need Sleep and knew I had it!  I mixed the salt dough together and then added in some curry to make it look a bit more like sand/rock.  The curry also made it smell pretty good!

Mix until dough forms.  Bake at 200 for an hour or 2, depending on how thick your creation is.

I used wax paper so that I wouldn’t have a salt dough mess on the table.  I rolled out the dough and then cut it in little circles using the lid from some peach containers.  Then we carefully pushed the dinosaurs into the dough and removed them. 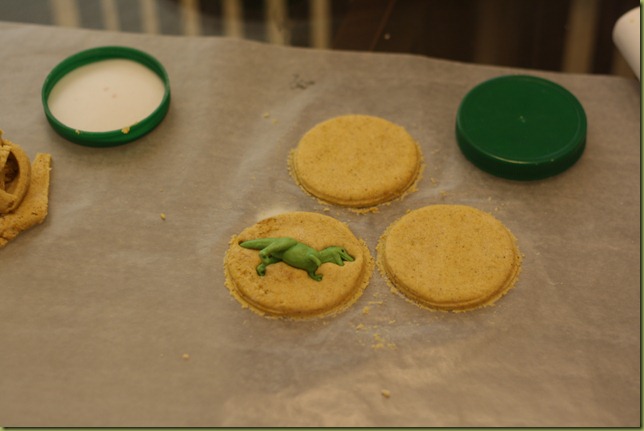 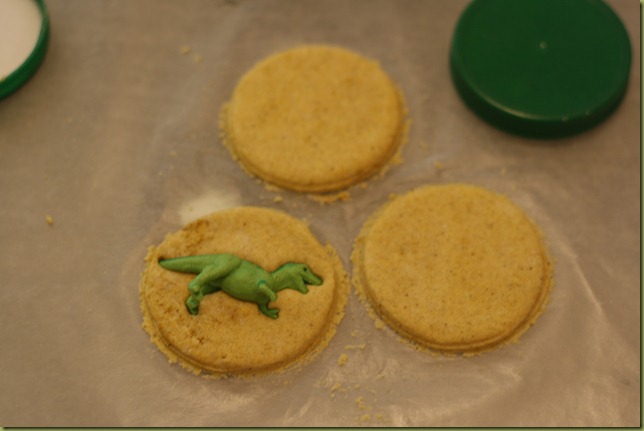 I had the boys do their own dinosaurs.  They each had 4 to do.  I had to help them be gentle enough that they didn’t push the dinosaurs all the way through!

Royal needed more help than Baloo, but he also made some good imprints! 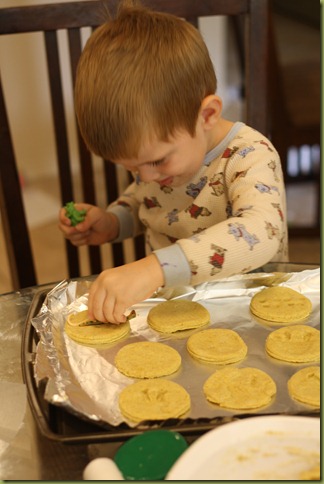 I let the fossils bake for about 45 minutes.  They were not completely dry but we weren’t planning on keeping them forever so I didn’t swear it.

Once they were cooled off I let the boys match the dinosaurs to their fossil!  We made a few track waves (foot prints) so we tried to match the dino to the footprint too. 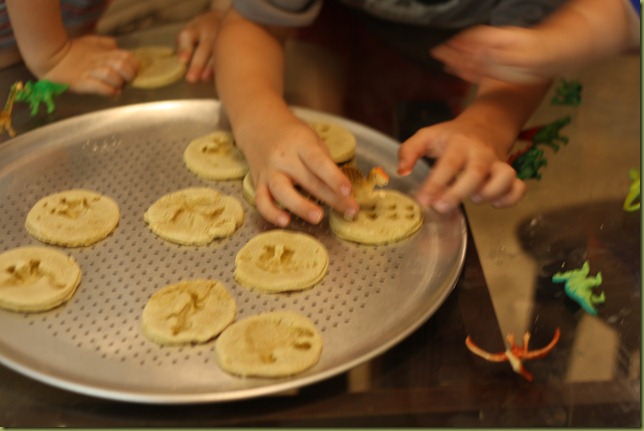 Baloo was all about the matching! 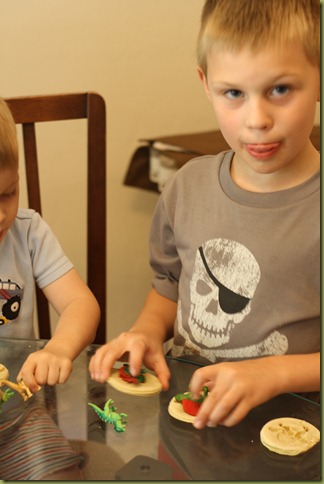 They fit in really well!

Royal was less interested.  He really just wanted to play with the dinosaurs…

And eat the “cookies”.  He didn’t think they were too salty surprisingly… 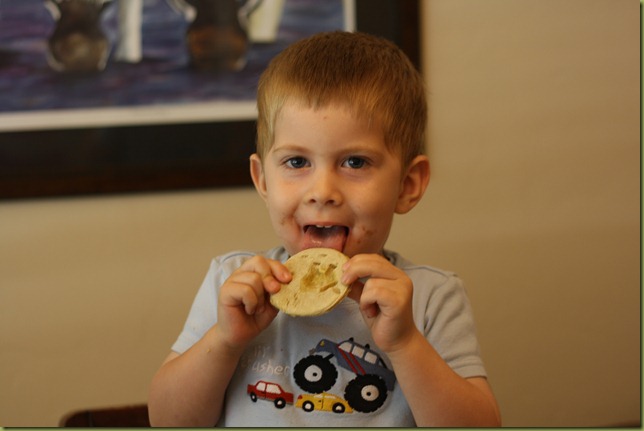 Logi-Bear enjoyed playing with the fossils and dinosaurs too…he’s much too young for the matching aspect though. 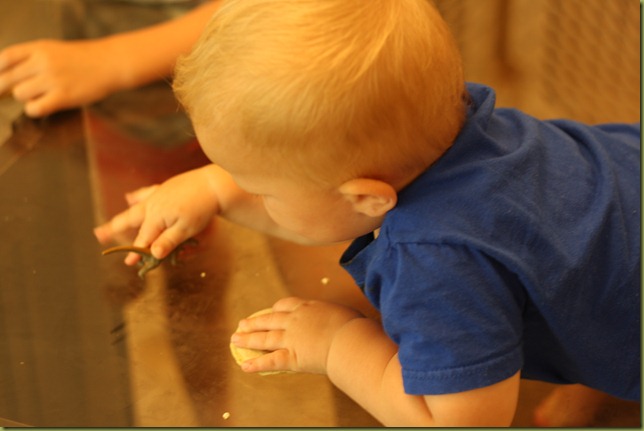 Make sure to check out our other dinosaur activities and the dinosaur Kindergarten pack!