I love playing board games with the boys and I hate it at the same time.  On the one hand, it’s great for learning how to take turns, losing to lose, learning to win, and it’s great family time.  On the other hand, it’s heartbreaking to watch your kid getting more and more frustrated by losing.  I’ll admit it, I’ve thrown a game before.  Not often but I have broken down a few times. 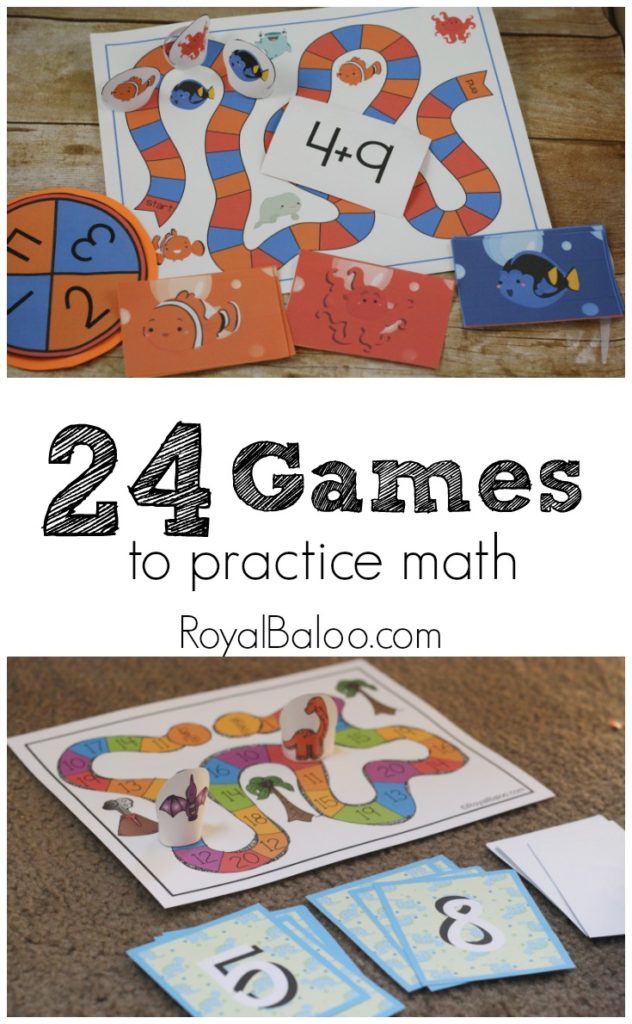 Well at one point I realized that board games could actually be pretty educational and that the boys would play a game with their favorite character every single day.  So the mission to create educational board games with interesting characters can about.  I’ve made a few (with a lot more in the works) and they’ve gone over really well.  I can’t say they play them every day, but for at least a few days they are all enthusiastic about playing a math game!!

I’ve compiled a list of 24 math games (board games and printable math games) that will help you practice many different areas of math!

This is day 4 of my 10 day series on Making Math Fun.  Don’t miss the rest of the topics! 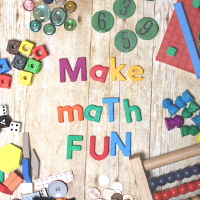