Today we’re joining in the Spring Learning & Play Blog Hop hosted by Teach Beside Me.  Keep an eye out all week as 24 bloggers each share some fun spring learning and play ideas! 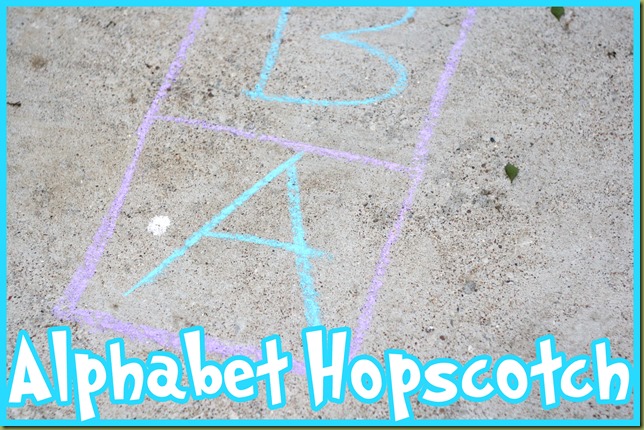 One of my favorite things about spring is that the weather gets so much nicer!  I love being outside when the weather is beautiful…and not so much when it’s cold or hot.

We’ve been trying to get out as much as possible to enjoy the weather before it gets too hot.  We decided to use our chalk to make an Alphabet Hopscotch game.

Baloo and I made the boxes and the letters…

Then we played!  We used a woodchip instead of a rock simply because that’s all that was available.

We would toss the woodchip and then hop on the letters calling them out as we went.  Even Logi-Bear was participating and singing the ABCs by the end of it! 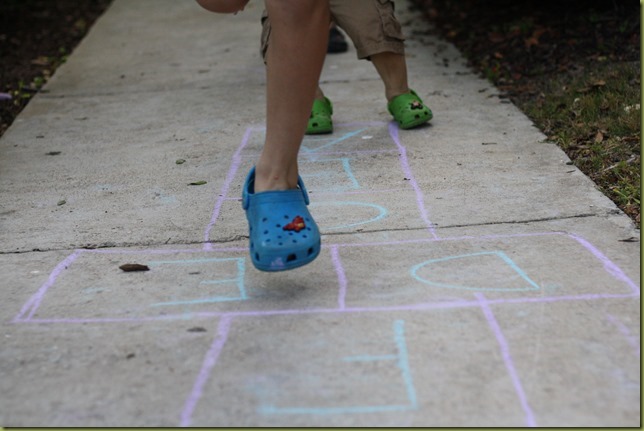 The boys really enjoyed our Alphabet Hopscotch and were asking to play it again later in the day!