Royal has been interested in cooking and helping in the kitchen for ages, and while we do cook together often, I wanted to give him more of what he wanted.  I wanted to let him do most of the work and prepare recipes that HE wanted to make.  So once or twice a week we are picking a recipe, shopping together, and making the recipe.  He is absolutely loving it.  And incidentally, since we started cooking together so often, his behavior has changed.  Not drastically, but he’s definitely less whiney, not seeking attention in negative ways, stuff like that. 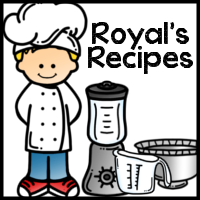 I’ve decided to not only document our cooking, but also to share so encourage others to get their kids in the kitchen!  Kids are SO capable.  Don’t be scared of letting them help – just make sure to teach them proper cooking techniques.  Every time we do something relatively dangerous (cooking on the stove, using knives) we go over the rules.  Be careful.  Don’t lean.  Don’t wave the knife around.  With supervision, even young kids can do these things. 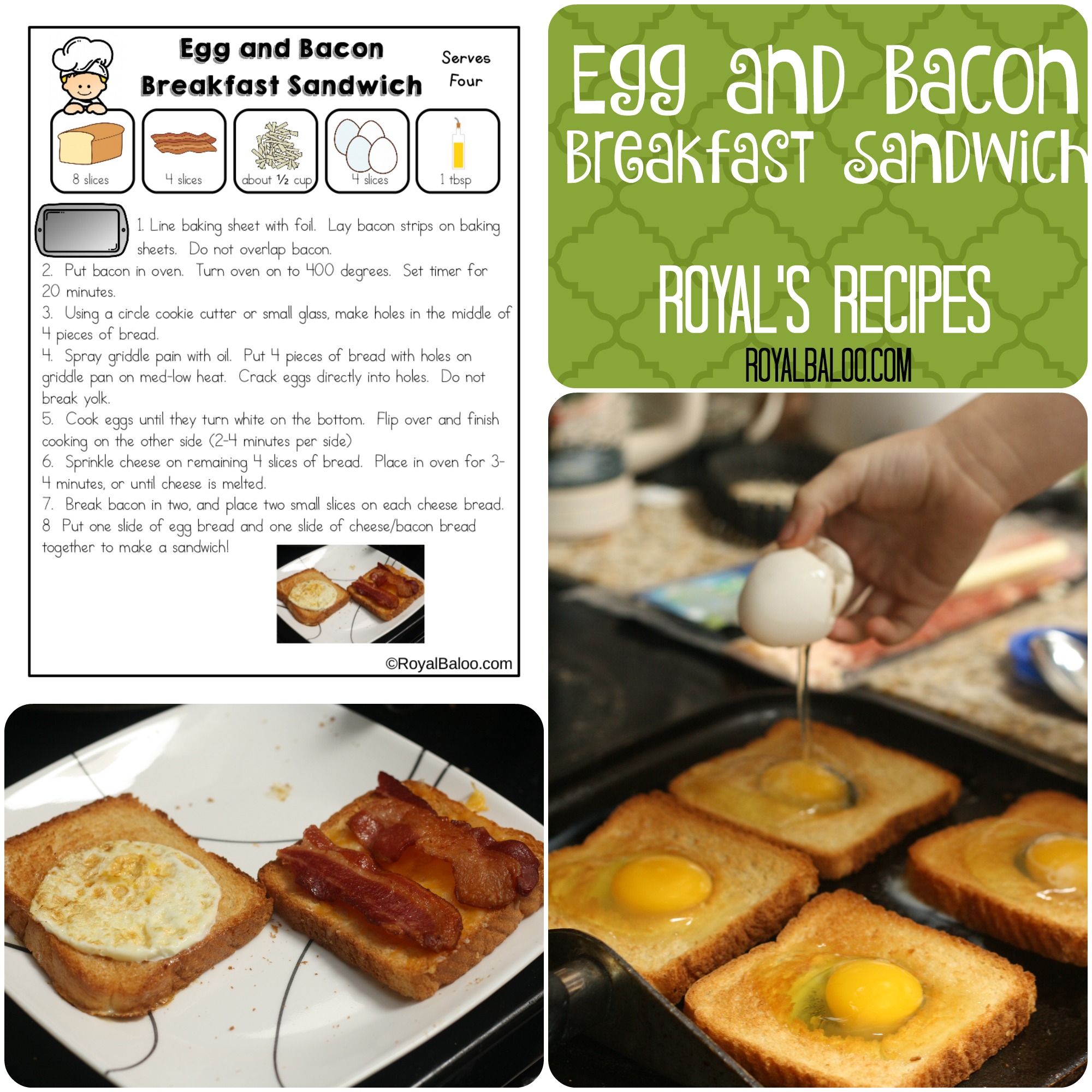 Royal picked out this Egg and Bacon Breakfast Sandwich.  It looked so delicious that I didn’t argue!  He was able to do nearly everything by himself!

Laying out the bacon!  We put bacon on a foil lined baking sheeting (don’t overlap!) and put it in the oven.  Don’t preheat the oven!  400 degrees for 20 minutes and you get perfect bacon.

Next is cutting holes in the bread.  We happened to have a circle cookie cutter for playdough.  If you don’t, find a jar or cup that is the right size.

We browned our bread in the oven,, but I don’t recommend that.  The bread gets plenty brown just from the griddle pan. Let your griddle heat up (med low heat should work) before putting the bread and eggs on.

Royal broke the eggs carefully right into the holes.  Our eggs spilled a bit over the edges, but it turned out okay.

Take 4 more pieces of bread, put them on a baking pan, and sprinkle cheese.  Place in oven until cheese is melted.

Let the eggs cook until the bottom is white, and then flip over and let the other side cook through.  It just takes a minute or so each side.

Each sandwich gets one bacon/cheese bread and one egg bread.  If you’re on a diet, just put a slice of bacon on the egg bread and skip the cheese and extra slice of bread.  I promise it is still delicious!

I’ve got a kid friendly printable version of the recipe available right here!
Go Here to Download the Recipe!

Do you need some kid friendly baking supplies?  Check out these ones from amazon!