Reaching the end of a big project like this is so bitter sweet!  I almost put off this post for another week just to hold on a bit longer…But I am so pleased with this set and I’ve had such great feedback on it.  I’m so happy it’s out and everyone can learn their ABCs with dot marker fun.  My kids have enjoyed the pages and it’s nice to know that other kids are enjoying them as well.  But enough sappy, let’s get this set finished!  The time has come – letter Zz Dot Marker pages are here!

How to Use the Letter Zz Dot Marker ABCs 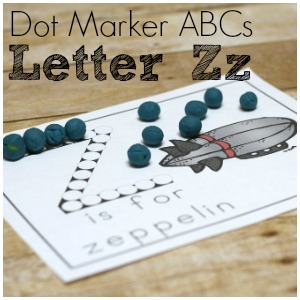 For letter Zz we got out some homemade playdough and rolled it into a bunch of little balls. I thought the play dough was a lot of fun!  Even better, once we got all the balls rolled up and in place, we could squish them for extra fine motor and letter fun. 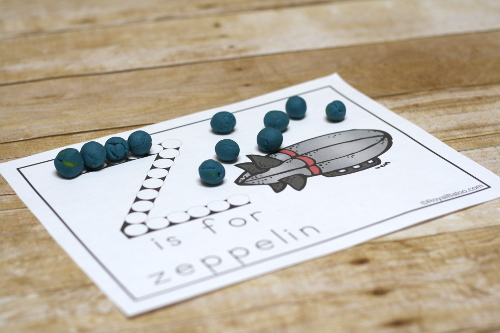 The beginning sounds pages in this dot marker ABC pack is one of my favorites.  It’s just 6 words and just a little practice, but it’s really helped us to work on isolating that first sound.

And you can squish these play dough balls too, which again, is just lots of fun. 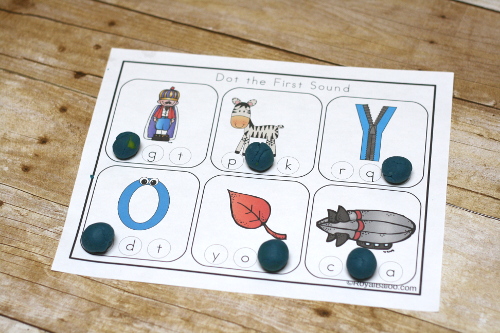 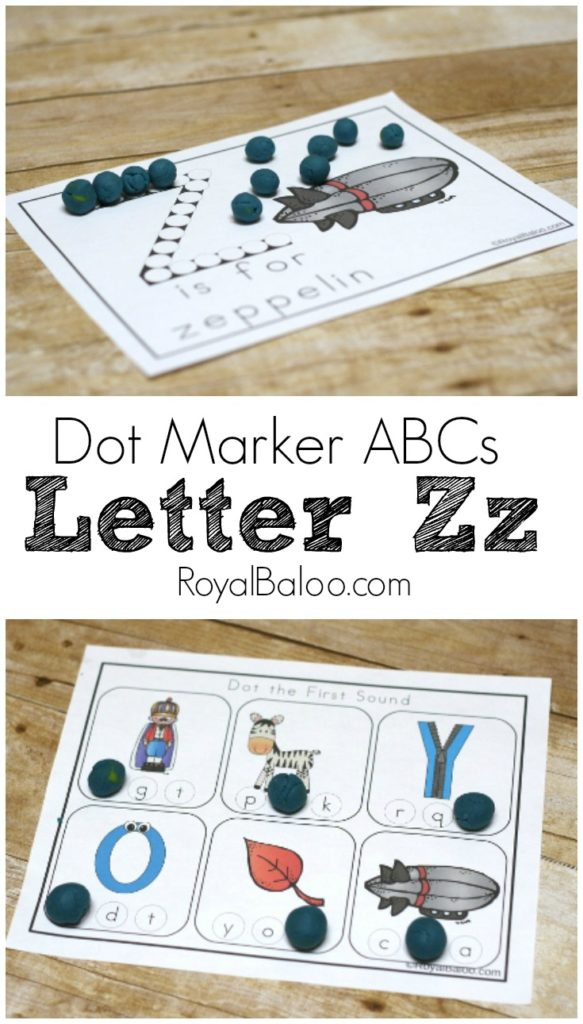