Learning to read can be a really difficult task.  But by making it fun, it’ll seem a lot easier.  Each of the boys has presented a unique way of learning to read.  So far they’ve all approached it differently.  Baloo went with the method where he wouldn’t do anything and then one day he could just read method.  Royal did the slow and steady, learning a bit at a time method.  Logi-Bear, so far, is doing the method where he only learns exactly what he wants to learn.  His first letters were t, r, e, and x.  Yep, T-rex.  It took him about 5 minutes to learn those letters (upper and lower), letter sounds, and how to put them in the right order to spell T-rex.  Then he didn’t learn another letter for months.

So when Amanda and Kim announced this book I knew I needed it.  I don’t want to push Logi-Bear to learn to read, but if I can make it fun and he enjoys it, why not?  It is chock full of ideas on learning – not just for reading either.  There are clock activities, math, writing, science, music, and more.  This activity – stack a word – particularly caught my eye.  I didn’t think stacking words would be too interesting for him – but being able to knock down his words would be a blast.

All you need are 3 cans (we used really big juice cans to maximize the destruction), some paper, and a marker.  Oh and tap or glue.  For kids who are ready for more letters and words – add more cans!

We decided to use red and blue paper like the Montessori method.  I love this idea because it separates vowels from consonants in a visual way that is memorable.  We do almost all of our letter and word learning use the red and blue.

Since Logi-Bear is fairly new to sounding out words, I kept it very simple.  There are 3 letters on each can and almost all of the combinations make a word.  The top can has p, m, and c.  The vowels are a, e, and o.  And the bottom can has t, n, and g.

So we stacked the letters… 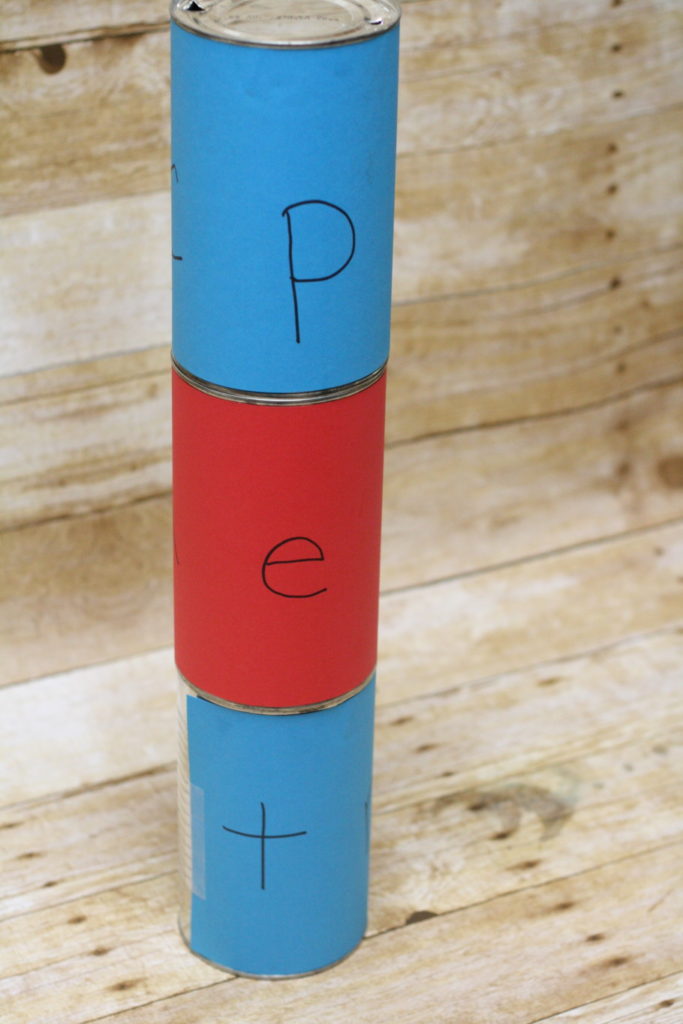 Spun one can at a time to see the new word… 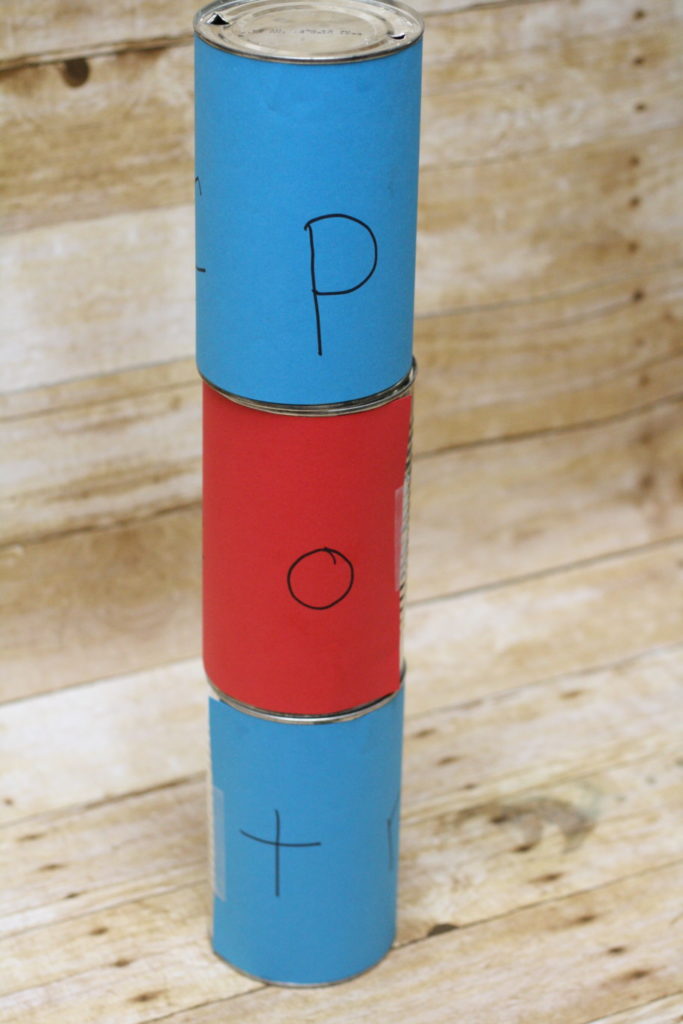 And of course knocked everything down! 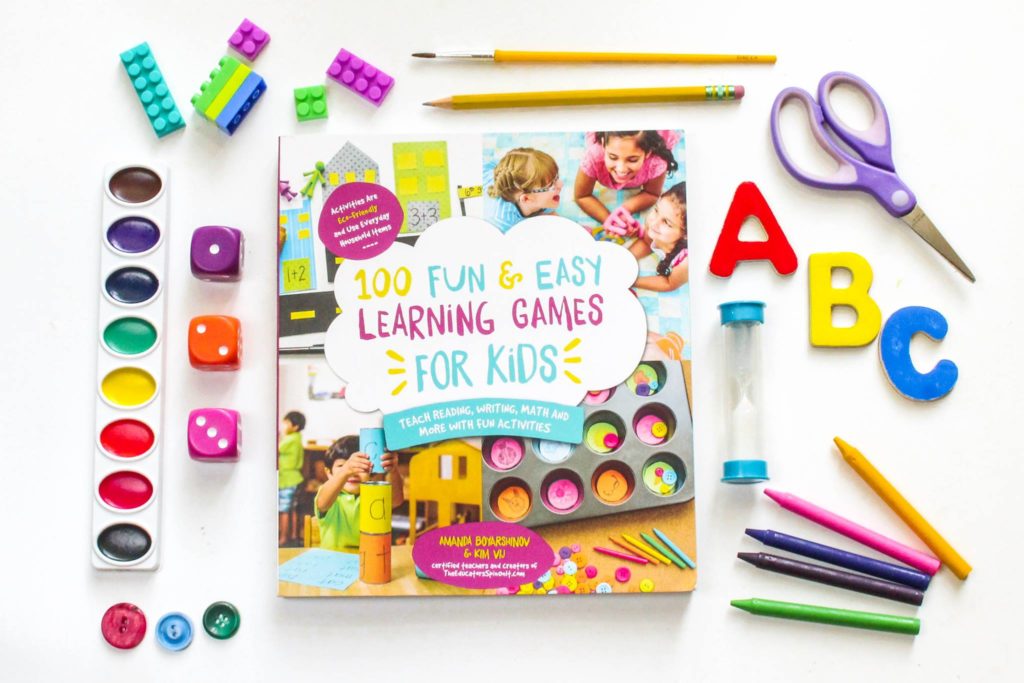 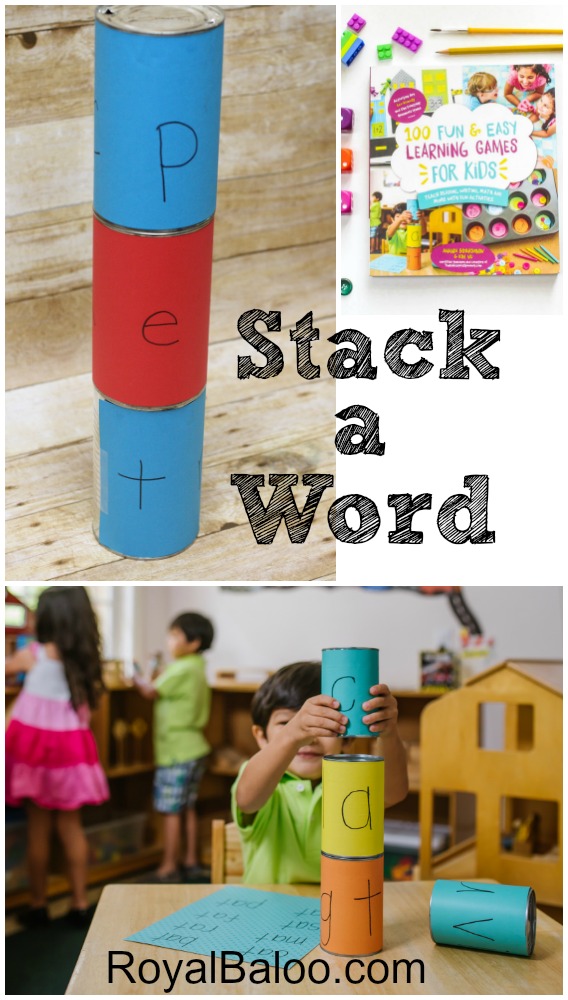