We got one of those amazing spy kits last year and there were a lot of fun activities in it for breaking codes and whatnot.  I noticed a few that they came back to over and over and the red cellophane thing was one of them.  It was almost like magic!  So of course I combined that with multiplication facts.  I love these because they are simple but they can be used over and over again.  Basically, flash cards on steroids? 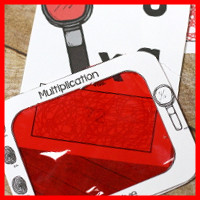 I’ve actually had this idea for months but I couldn’t think of the right word for “the red stuff”.  I even asked other people and we were all pretty flabbergasted.  I even went to craft stores (yes, multiple stores) and tried to describe what I was looking for.  Nada!

I kid you not, I tried to make my own red stuff out of glue and red food coloring.  Seriously.  It didn’t work…

Then, a strike of genius!  Surely other people have made code breakers on Pinterest.  Why did that take me months to think of?  I have no idea but I won’t harp on myself for this one.  Minutes later I had the word in my head (cellophane!  How did I not think of that?!?!).  This is what I would call “the ultimate brain fart”.

Anyway, I ordered it on amazon (we finally have prime through Amazon student!!  2-day shipping rocks).  In the meantime, I got these ready so we could whip them together.  I was so excited.  I was stalking the mailman for my colored cellophane.

And I am absolutely thrilled with the results!  The answers are discernible without the cellophane if one looks closely enough, but they’re not so clear that you will see them at a glance.  So for kids wanting to practice their multiplication facts, these are perfect!  And bonus, they can be used independently. 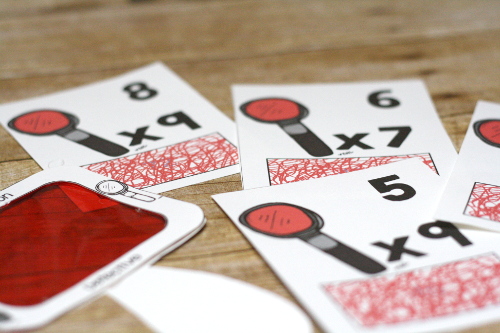 So now, the multiplication code breakers!  The only set up necessary is making the ‘wand’.  I printed out everything on cardstock to make it durable.  The wand is 2 layers of cardstock glued together with the red cellophane in the middle.  I used a glue gun so it would dry quickly and because I find glue guns so much easier than other forms of glue.

Then print off the code breaker multiplication cards (no special printer needed or anything!  But it will need to print in color) 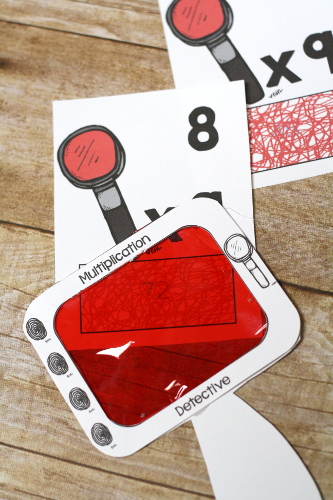 (and yes, an addition version is coming soon.  Certain little brothers were a bit jealous…) 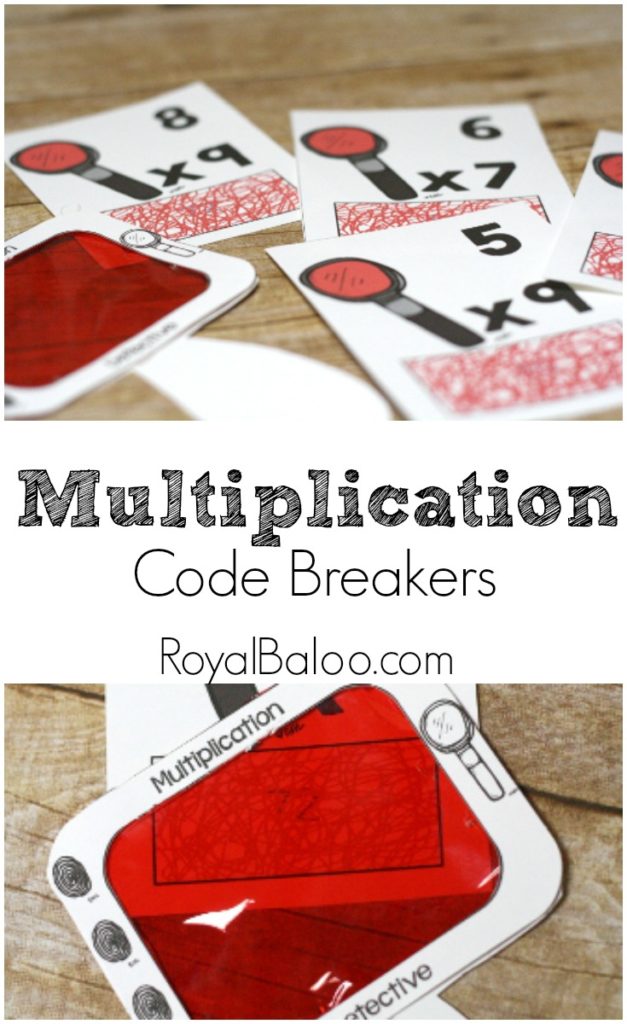