Baloo is 4 years and 7 months
We didn’t really do a lot with our theme this week.  Some fun worksheets, but not as much fun stuff as I had planned.  I’m not sure where this week escaped to!

We did a castle shape count worksheet (from Making Learning Fun).  Some of the shapes were really hidden in there! 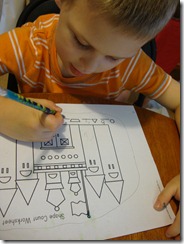 Of course we worked on our RRSP stuff.  Baloo cut out the vocab cards… 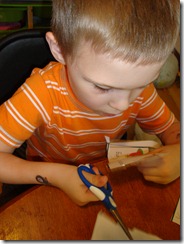 And the boys had a blast putting them on our Kk wall.  (Royal insisted on putted his Kk sheet up there too) 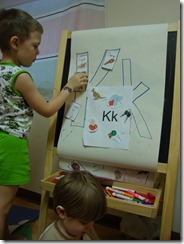 And Baloo did the craft.  He wasn’t thrilled about coloring it… 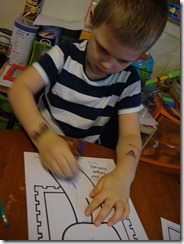 He did this knight maze.  He insisted on doing it backwards though – dragon to the knight.
(Knight maze can be found here!) 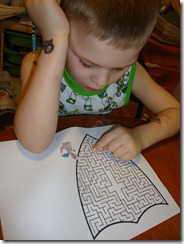 We had fun adding some props to our monthly poem.  Here he is making the moon go around the Earth. 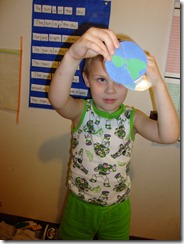 We got a set of Tinker Toys for Christmas and this is the first time they’ve been out since.  Baloo put together this RC car all by himself!  I can’t say I wasn’t impressed! 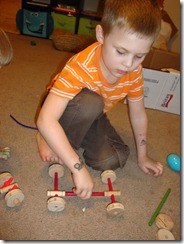 We played a fun game of toss the cubes into the container, then take them out and read the word. 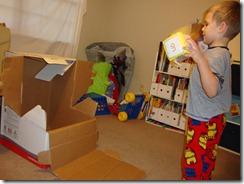 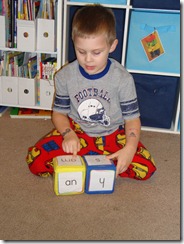 We talked about fairy tales a little bit and I had Baloo dictate a fairy tale to me.  Then he wanted to illustrate his story! 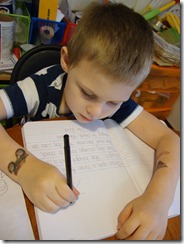 This is the face I get when he is really annoyed with me.  I added little pictures into our frames and gave the boys window markers.  Baloo wanted a blank slate to work with and was not happy with my pictures! 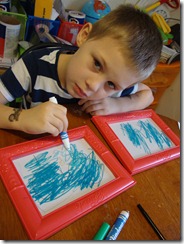 I did finally get him to try to make something with my starter picture.  He made lollipops – AND admitted that it was quite fun! 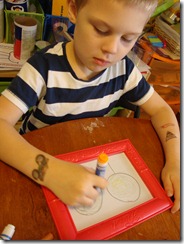 This probably isn’t very educational, but I let the boys paint their toes with me.  Well, I did Royal’s, but I let Baloo do some of his own.  I figure it was a good fine motor skill practice!! 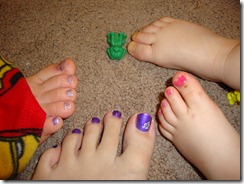 That’s it for us this week!!  Make sure to check out more awesome PreK ideas at Homeschool Creations!